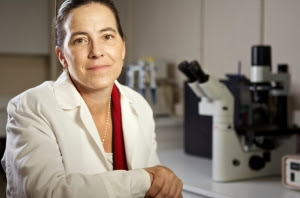 Dr. Theresa Deisher recently granted an interview with the VAXXED team to discuss, among other things, vaccines and autism. Theresa Deisher, Ph.D., is the president of Sound Choice Pharmaceutical Institute (SCPI), a cutting edge biomedical research organization. Dr. Deisher is a genetic engineer with over 20 years experience in the pharmaceutical industry, from basic human biology through clinical trials. Dr. Deisher states in her VAXXED interview that she looked at the rise in autism rates in the U.K. and its link to the MMR vaccine, originally discovered and published by Dr. Andrew Wakefield, and how the medical establishment tried to discredit Dr. Wakefield’s research. She notes that one reason given to try and discredit Dr. Wakefield’s research was that MMR vaccination rates remained steady both prior to and after the spike in autism rates in 1988. However, what she discovered that was not reported was that the manufacturer of the MMR vaccine switched from animal cells to develop cultures to human fetal cells from aborted babies in 1988. So she had one of her Ph.D. researchers investigate the matter more thoroughly, and compare autism rates to the use of human fetal cells in vaccines, and she discovered that every time fetal cells were introduced into the manufacture of vaccines, autism rates increased.
Read More…